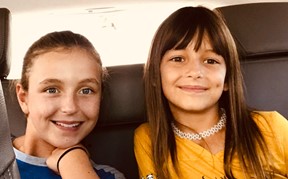 Our daughters and I were talking the other day and one of them said, “it is really cool how you help people get better”.   I realized after talking to them that it can be alarmingly simple to be immune to the amazing things that regularly occur in the rehab setting.   I have found myself in this position lately as I move through the workday at the hospital.  It was only after seeing the National Rehabilitation Awareness Week that I stepped back and observed what happens around me every day and how inspiration occurs on a regular basis.

I was working with my patient a few months ago who had a stroke and subsequent expressive aphasia as part of the sequelae.  One of the most difficult things for me during his evaluation was understanding what he was trying to say, so his wife had to piece together information for him.   I saw him in the clinic for the first time since discharging him as he was on his way to speech therapy and we had the best conversation.   I could tell that this everyday action brought him so much happiness.  It was due to his hard work and the skills of his speech therapist that he was doing so remarkably well.

I was speaking with a close friend who works in the hospital setting as an OT and we were talking about the challenges COVID has had on acute care therapists.  He talked about how difficult it was to work with people who had been afflicted with this illness because they are so limited and little in the way of understanding on how to best rehabilitate these patients.  He talked about the things that he was coming up with to try to help these people get back to their functional levels and I realized that what he was doing is a pioneering way of thinking when applying rehabilitation to a new type of disease/dysfunction.

Finally, I was able to step back and view one of my own interactions with my patients.  He was a young man who came in with a CAM boot because of a stress fracture.  He was concerned that he would not be able to attend an appointment in the Air Force Academy.  His doctor had sent him because he would be transitioning out of the boot in the first week of the academy and they were both concerned that he would not be able to tolerate the rigors of physical training.  We were able to work together, and he went off to his appointment at the academy.   In one of his recent Facebook posts he was able to show himself dressed in military gear and going through an obstacle course.   It seems like the rehabilitation time helped him get back to his goals.

The week that is set aside for National Rehabilitation Awareness is something easy to overlook.  I believe it may be a great opportunity to stop for a bit of time and observe the amazing things happening as you move through the workday.  It is an opportunity to appreciate those that we work with and the things that we do to help others.

Evidence and Treatment of the Hip in the Adolescent Athlete

Evidence and Treatment of the Spine in the Adolescent Athlete

Evidence and Treatment of the Knee in the Adolescent Athlete

Evaluation and Treatment of the Adolescent Athlete Elbow & Wrist

Evaluation and Treatment of Hip and Pelvis Dysfunction

Treating the Shoulder in the Adolescent Athlete